If you love Ancient Egyptian-themed slots, then say hello to Cleopatra. Based on the enchanting Egyptian Queen herself, this all-time classic remains a cult favorite among slot players. Despite its age, this slot has everything and more to hold a modern player’s attention. Yet, Cleopatra also offers some great bonus features to help players win big and often.

Released by slot machine manufacturer IGT in 2012, Cleopatra is still considered to be one of the most popular slots currently available. What the game may lack in bonus features and modern, flashy visuals, it more than makes up for its immersive gameplay and fun free spins feature.

Cleopatra’s award-winning developer has over 250 games under its belt, with other well-known releases including Da Vinci Diamonds, Scarab Link, and Bubble Craze. Innovation is where IGT seems to excel, and our review team couldn’t wait to dive into this thrilling game. So, come with us now as we travel back to Ancient Egypt and explore all Cleopatra has to offer. 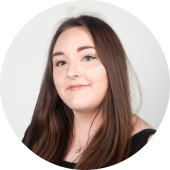 Bursting with vibrant symbols, Egyptian imagery, and an enchanting soundtrack, Cleopatra is an online slot that will keep you entertained right from your first spin. There is no escaping that Cleopatra looks a little dated, especially when it comes to its graphics and backdrop. But, for a slot released over a decade ago, the colorful icons still manage to jump out from the screen and capture your attention.

There is also something grainy and nostalgic about the 5x3 game grid. We even found it a little less distracting than more flashy and modern games. Our review team also enjoyed the clear game grid with the photographic backdrop of Egyptian ruins. Even though it may lack movement, without the distractions of animation, characters, or a brightly colored background, we could focus purely on the inviting gameplay and our bets.

When it comes to Cleopatra’s soundtrack, you won’t find a continuous stream of music after first launching the game. In fact, the music is only triggered with each spin and stops once that spin ends. The soundtrack changes based on whether you win or lose. There’s also a change in a voiceover depending on the symbol triggered. Overall, we found it refreshing not to be bombarded with sounds or music unless actively playing.

Cleopatra’s Egyptian theming doesn’t stop at its music and graphics. All of the slot’s symbols are linked to Ancient Civilizations in some way. For example, higher-valued symbols relate to Ancient Egyptian culture, including a beetle, the Sphinx, and various hieroglyphics. Cleopatra herself even features on the board as a Wild Symbol, substituting for all symbols other than the Scatter. Speaking of the Scatter symbol, this comes in the form of the famous Egyptian landmark, the Sphinx.

Landing three or more Scatter symbols will trigger the Cleopatra bonus round. And what a bonus round it is! Once those Sphinxes land, Cleopatra pulls you into the wild world of free spins. As a kind and generous Queen, Cleopatra will automatically reward you with 15 free spins. You have the chance to claim an incredible 180 free spins and some serious payouts by landing 3 or more scatter symbols during the round. Overall, this is undoubtedly one of the most generous bonus rounds we’ve encountered. It’s also one of the reasons why we would return back to play Cleopatra in a heartbeat.

Cleopatra boasts a medium volatility, making the game perfect for players looking for smaller payouts at quicker increments. However, this is dampened slightly by the slightly lower-than-average RTP of 95.7%.

Still, what the slot may lack in a higher RTP, it certainly makes up for with its colossal maximum win. If you spin the reels right, you have the chance of winning 10,000x your initial stake. All you need is five Cleopatra symbols to land on the game grid. Furthermore, with a minimum and maximum bet of $0.20 and $100, respectively, Cleopatra is ideal for both high rollers and bettors on a budget.

Although there is no jackpot for Cleopatra, IGT has released a MegaJackpots version of the classic slot. You compete for the chance of winning a progressive mega jackpot. This game is ideal for those looking to take home a life-changing prize.

Overall, despite feeling a little dated, Cleopatra is an all-time classic among classics. Thanks to its generous maximum win and the added free spin bonus round, it has managed to remain one of the most popular online slots. Ultimately, it’s not hard to see why Cleopatra has held this position for over a decade. So, if you’re looking for a simple yet engaging slot, Cleopatra is the game for you.

Can I play Cleopatra for free?

Yes! You can play Cleopatra for free right here at OnlineCasinos.com. Check out our game demo on this page to test the game before risking your funds. Playing casino slots for free in a demo mode also allows you to practice betting strategies and experience the fun of online slots without the added stress of betting your bankroll.